Shakira Husbands | How Many Times Was Shakira Married? 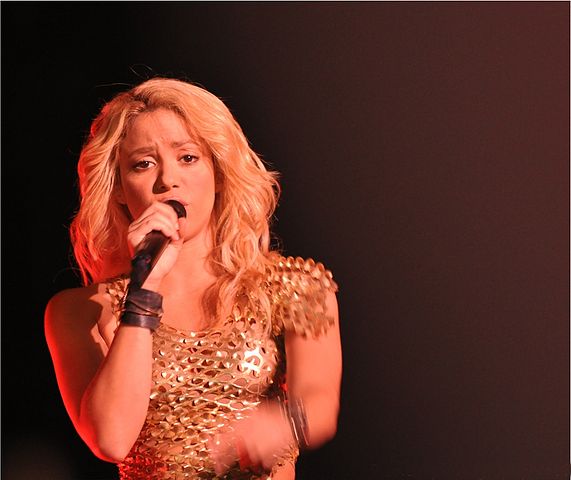 Who is Shakira’s Second Husband?


Shakira never fails to mesmerize the world with her graceful belly dancing moves and seductive voice.

On top of that, she’s ridiculously good-looking and extremely successful, too. Needless to say, she’s what every man wants and what every girl envies.

With that said, it may come as a surprise that Shakira’s dating history is quite a short list. In fact, there has only ever been four lucky men who managed to win a place in Shakira’s heart.

Only one of them went as far as marriage. In other words, the Colombian singer Shakira has only been married once – a considerably low number in the entertainment industry.

So, who’s the guy who promised to spend the rest of their lives with the She Wolf? Read on to find out!

In 2000, when Shakira was only 23 years old, she tied the knot for the first time with lawyer and son of then-Argentine president, Antonio de la Rúa.

Their paths crossed when Antonio was helping his father with his presidential campaign and Shakira was promoting her album and upcoming tour. When they met, it was reportedly “love at first sight”. In fact, they were only dating for a few months before they got married.

Even with such a short window of time in getting to know each other, the pair actually got along quite well as husband and wife. And aside from being her partner, Antonio also became her manager and personal lawyer.

He accompanied her every step of the way as she worked to achieve her dreams. That may sound romantic, but we’d quickly learn that Antonio’s intentions aren’t actually pure – we’ll get to that later.

In 2011, after being together for over a decade, Shakira revealed that she and Antonio have separated temporarily via this statement:

“During our almost 11 years together we have loved each other deeply, taken care of each other and stood by one another. They have been the most wonderful years of our lives, and thanks to that love and the respect that we share for one another we have been an exceptional couple and partners. However, since August 2010, we made a mutual decision to take time apart from our romantic relationship. Throughout this time we have continued to work together hand in hand, have remained close and have kept the details absolutely private until now. We view this period of separation as temporary and as a time of individual growth as we continue to be partners in our business and professional lives.”

In a sick twist of fate, a lot of the things that Shakira wrote in that statement did not actually come true. First, the split actually turned out to be permanent. And second, things turned sour between the two of them that even maintaining a professional relationship was no longer possible.

Antonio only has himself to blame for the messy break up, as he decided to sue Shakira for $250million. According to him, that’s how much Shakira owes him for being her “business manager”. Now you know why he was being so “nice” in helping his wife become successful in her career.

In the end, though, the Los Angeles County Superior Court dismissed the case. Shakira responded to the news by saying:

“I am very grateful that the courts are not allowing these groundless lawsuits to proceed. I have moved on in my life and could not be happier now. I hope this harassment will now come to an end.”

Who is Shakira’s Second Husband?

Contrary to popular belief, Shakira is not married nor engaged with her long-time beau Gerard Piqué. They have been together for 12 years, yet the couple has not shown any signs of marriage just yet. In fact, we may never see them tie the knot:

“We already have what’s essential, you know? We have a union, a love for each other, and a baby. I think that those aspects of our relationship are already established, and marriage is not going to change them.”

Well, isn’t it nice to finally see a couple who is comfortable enough with their relationship that marriage does not faze them? Besides, who are we to judge? As long as Shakira, Gerard, and their two kids are happy, we’re happy! That’s honestly all that matters.