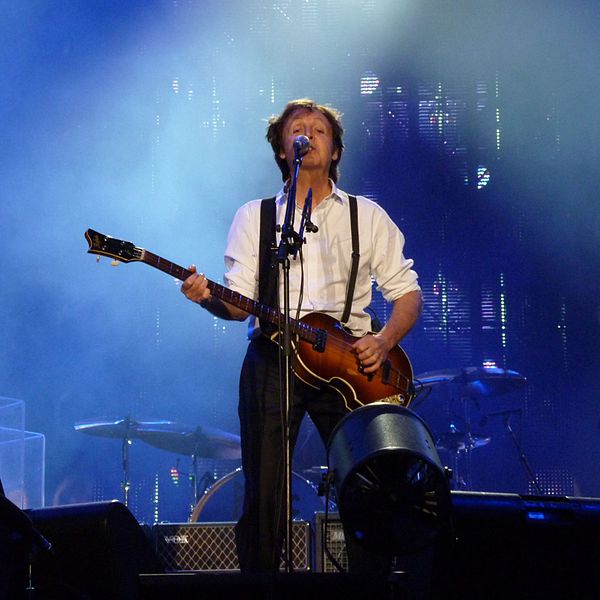 Who is Jesse McCartney?

Who is Paul McCartney?


It has been over 50 years since the Beatles split, yet their influence can still be felt in the music world today. People across different generations know the names John Lennon, Paul McCartney, Ringo Starr, and George Harrison.

Hence, once someone famous happens to have the same last name as one of these guys, they’re bound to have people asking whether or not they’re related.

Such is the case between actor/singer Jesse McCartney and Paul McCartney. Many have speculated that Jesse is Paul’s son – but is he really? Let’s get to know both of them to find out.

Who is Jesse McCartney?

Jesse McCartney is an American 33-year old singer, songwriter, actor, and voice actor who grew up in Westchester, New York. At the tender age of seven, Jesse began his acting career by starring in low-budget films.

Eventually, he managed to work his way up the big leagues and found himself working for Disney. He is best known for his guest roles in popular Disney shows such as Hannah Montana and The Suite Life of Zack & Cody.

He also voiced the adorable little Theodore in the movie Alvin and the Chipmunks. His talent for acting did not go unnoticed as he was awarded two Young Artist Awards and two Daytime Emmy Awards during his prime.

Meanwhile, Jesse has also been very successful with his music career. At the age of 17, he has already released his debut album Beautiful Soul which featured some of his most popular songs, such as:

Jesse’s first album was immediately greeted with warm welcome by the music industry, having sold more than 1.5 million copies around the world. Shortly after, Jesse went on to win multiple Teens Choice Awards for his impressive feat.

In 2009, the song earned a Grammy Awards nomination for “Record of the Year”, making it the most critically-acclaimed song in Jesse’s songwriting career.

Who is Paul McCartney?

For those who have been living under a rock, Sir Paul McCartney is an English singer, songwriter, and guitarist who was once a member of the most popular rock band in the history of the entire human race: The Beatles.

He’s the musical hero of many aspiring artists around the world and a role model to many thanks to his humanitarian efforts.

In all honesty, we wouldn’t be doing Sir Paul justice if we try to cover his achievements and success in just a few paragraphs. If you want to know more about his personal life and career, we’ve dedicated an entire article just for that. For now, here’s a list of all the iconic songs that Paul McCartney wrote:

What are the odds of two McCartneys becoming successful singers? Well, probably very low. That is why we can say with confidence that Jesse and Paul sharing the same surname is an impressive coincidence – again, a coincidence, because Paul and Jesse McCartney are not related.

Although, it’s interesting to note that both Jesse and Paul have Irish ancestry. This is most likely because McCartney is a fairly popular surname of Scottish and Irish families – just like how Smith is the most common surname in America, but that does not follow that every Smith in the country is related to one another.

Also, as far as Paul is concerned, he only has one son: James McCartney. And Jesse himself has denied that he’s a relative of Paul.

Even though Paul and Jesse are not blood related, they’re still connected in music. We’d love to see these two McCartneys grace the stage together with their talent!