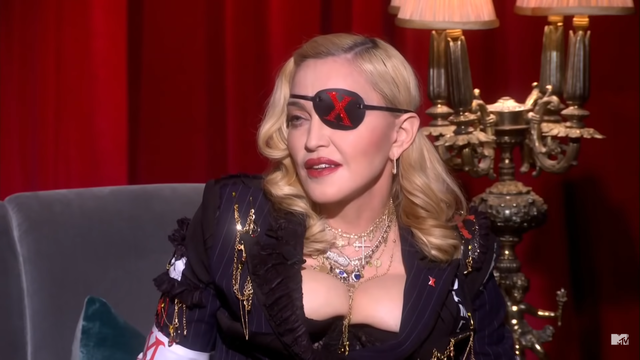 How Old Is Madonna?

How Tall is Madonna?

Who Are Madonna’s Parents and Siblings?

Does Madonna Have Children?


Madonna certainly needs no introduction – her record-breaking hit songs such as Like a Virgin, Material Girl, Vogue, Crazy For You and Papa Don’t Preach and compelling influence on pop culture remain unmatched by artists today.

Indeed, the Queen of Pop is well-known across the globe, but we tend to forget that there’s a real person behind that character.

How Old Is Madonna?

Madonna, whose real name is Madonna Louise Ciccone, was born to a middle-class Italian family on August 16, 1958. She will be turning 64 years old this 2022, and it seems that she has no plans of retiring very soon.

Her career as a dancer started as early as 19-years-old, when she enrolled in the University of Michigan to study dancing. Madonna later dropped out, though, in order to pursue her dreams full-time.

Madonna was 23-years-old when things finally started to take a turn for the better. It was during that time that someone gave her a chance of recording a demo song called “Everybody” – the song that would later launch Madonna into stardom and take the number one spot in every dance chart.

From then on, Madonna’s success skyrocketed.

At the age of 50, Madonna already won 7 Grammys, one Golden Globes Award, 2 Brit Awards, and 24 Billboard Awards in various categories.

How Tall is Madonna?

Perhaps we can all start calling Madonna our “short queen” because, according to reports, the Evita actress is only 5’5’’ feet or 1.64 meters tall.

Who Are Madonna’s Parents and Siblings?

Madonna was named after her mother, Madonna Fortin. Her father, Silvio “Tony” Ciccone, worked as an automotive engineer and was the only source of income for the family of six. Her siblings are:

The Ciccone siblings were raised by their parents in Pontiac, Michigan until Mrs. Ciccone sadly passed away from breast cancer when Madonna was only 5 years old. Driven by her grief, Madonna worked hard to achieve her dreams of becoming a popular dancer.

Sadly, we might not be able to say that Madonna made her mother proud in heaven, as the overly-sexual portrayal of her daughter is extremely against her religious beliefs.

Her younger brother, Christopher, also has beef with her – and you can read all about it in his book “Life with My Sister Madonna”.

Does Madonna Have Children?

If there’s anything that Madonna is famous for aside from her music, it’s the fact that she has adopted many kids from different cultural backgrounds:

Meanwhile, Madonna also has given birth to children of her own. She had her first biological daughter with ex-boyfriend Carlos Leon, whom she named Lourdes Maria Ciccone Leon.

A few years after, she had a beautiful baby boy named Rocco Ritchie, whose father is famous film director Guy Ritchie

So, now you know everything you need to know about Madonna behind-the-scenes. If you’d like to know just how rich Madonna is, check out our other article!