Who is Lil Wayne’s Daughter? Did You Know he has a 23-year-old Daughter? 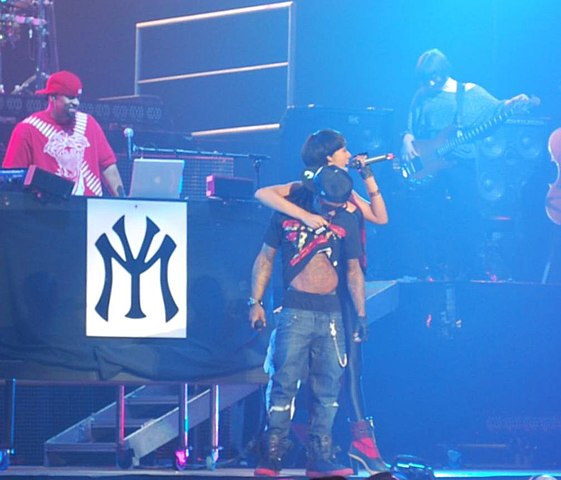 How Close is Lil Wayne with his Daughter?


How many of you know that the rap star Lil Wayne has a 23-year-old daughter? Yes, you might be wondering if Lil Wayne’s age is 38 years, then how can he become the father of a 23-year-old girl.

Well, the American rapper became a father when he was 16. Lil Wayne’s daughter’s name is Reginae Carter.

He’s a famous rapper, R&B, and Hip-Hop singer and it seems she’s following in her father’s footsteps. Reginae was born on November 29, 1998, in Louisiana, and her mother’s name is Toya Johnson.

Wayne and Toya were high school lovers. They were both still in high school when Reginae was born. After that, Lil Wayne married his high school sweetheart in 2004, but that marriage only lasted for two years. In 2006 they divorced when Lil Wayne’s daughter was 8.

After that, Reginae was raised by her single mother, Toya. They supported each other when Lil wasn’t there. However, Reginae’s mom wasn’t happy with her because she dropped out of school.

Well, firstly, she is a celeb’s kid and both her parents are celebrities. She appears in her mother’s reality show often.

Regina has found her passion in music. The young Carter is a well-known rap musician. Her first song named “Mind Goin Crazy” was released on YouTube on July 13, 2014. After that, she gave us a few songs as well.

Reginae has a huge number of social media followers. She has 5.3 Million Instagram followers. Moreover, she has an official YouTube channel where she uploads her regular daily activities for her fans. That channel has 61k subscribers.

How Close is Lil Wayne with his Daughter?

Well, as you all know, separation has a significant impact on the child. Here, Reginae faced that kind of situation at a very early age. In June 2019, she expressed her feelings on the “T.I. & Tiny: Friends & Family Hustle” show.

Reginae has talked to a psychiatrist and asked questions about her relationships with her parents when she was grown up. She said, “It was always me and my mom and then probably we’re not got around like 8 years old or 10 years old that’s when I started like overall relationship with my father.”

Lil Wayne’s daughter also added that she finds her father very intimidating. Now you can make a guess about the relationship between Lil Wayne and his daughter.

But on Reginae’s 22nd birthday, something happened to her. It was perhaps one of the best days of her life. She had an amazing birthday party in Atlanta that was attended by stars, including her father, Lil Wayne.

Later on, that party created controversy for not maintaining minimum social distancing and not wearing a mask as COVID was at its worst at that time in the United States. Lil Wayne attended that party with his plus-size model girlfriend, Denise Bidot.

A couple of years back, Reginae started dating YFN Lucci, who is a rapper, singer, and songwriter, but her parents didn’t like that. Lil Wayne especially didn’t like her daughter dating a father of four children.

He gave some advice to Reginae regarding her relationship. She said this was her father’s advice: “To hear my daddy tell me that Lucci, he loves you probably, but he’s not in love with you because of the actions and the things that he’s doing.”

“My father told me that sometimes when people don’t know love themselves, they can’t love other people, and you can’t blame them for that. Sometimes people just don’t know how to love. Lil Wayne! He made the song! ‘How to Love.’”

In August 2019, Carter announced that she was done with Lucci, but it’s reported that she was linked with Lucci until he got arrested. Yes, at present, there is a murder charge on Lucci’s head. On January 13, 2021, he was arrested by police.

Despite being a celebrity’s kid, Reginae had a very tough childhood. She is Lil Wayne’s daughter, but she never used that tag. Carter has always wanted to make her own signature in the music industry.

We hope her love life doesn’t affect her career. She has the potential to do something better. We hope we are going to get another lady rapper in the American music industry.