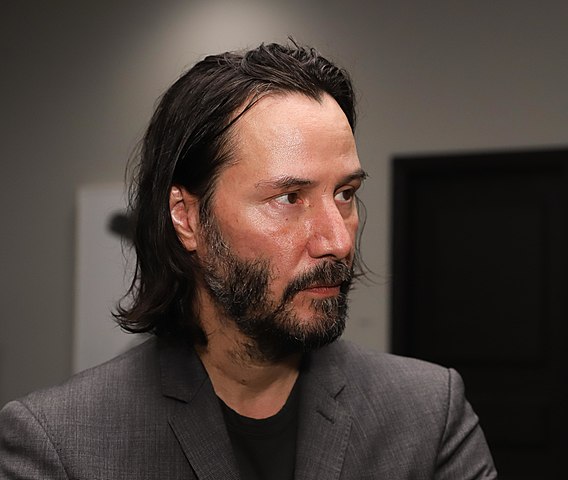 What if you know someone for a long time as close friends and then you become lovebirds? It would be wonderful to choose someone as your partner that you have already known for years. This exact thing happened to the Canadian actor Keanu Reeves and his longtime friend Alexandra Grant.

Today, we will talk about Keanu Reeves’ girlfriend and his dating life in 2022. As you all know, Keanu is a very private person in the Hollywood industry. He loves to keep everything secret from the public.

But his dating life isn’t a secret to us anymore. At present, the 57-year-old actor is dating his old friend Alexandra Grant with whom he attended an event at UNAIDS Galaat Design Basel in Switzerland in 2016.

At that time, they were only friends, but now it’s been more than two years. This pair shows their love by participating together in these events. It was reported by “People” that Keanu and Alex dating started a few months back during their red carpet appearances in 2019.

If you have seen photos of the pair from these events, you will notice they are always holding hands with each other. This is a clear sign that they are not only friends but also lovers.

Many of you might be wondering about Reeves and Grant’s present relationship timeline. Don’t worry; we will let you know everything here.

Who is Alexandra Grant and What is her Profession?

Alexandra Annette Grant is her full name, and she was born on April 4, 1973, in  Fairview Park, Ohio. Throughout her childhood, she had to move several times. Therefore, she got to experience a few areas such as Africa, the Middle-East, Paris, Mexico, and others.

In 2000, Alex graduated from the California College of the Arts, San Francisco. Grant started her career as a visual artist, and her first solo exhibition was held in 2007 at the Museum of Contemporary Art (MOCA) in Los Angeles.

After that, she collaborated with The Matrix actor Reeves in his books Ode to Happiness in 2011 and Shadows in 2016.

How did Keanu meet Alexandra Grant?

As per US Weekly reports, Reeves and Grant met in 2009 at a dinner party for the first time. Since then, these two have decided to keep in touch. It was like a creative had found another creative.

After that, she collaborated with Keanu on two books which were released in 2011 and 2016. Eventually, they became a couple. For more than a decade, they were good friends and business partners.

Moreover, one of Hollywood’s media sources revealed something regarding this pair. The source said Keanu and Alex came out publicly as a couple in 2019 at the LACMA Art + Film Gala in Los Angeles. However, these two began dating long before that. Sources mentioned they actually started dating in the summer of 2017.

Mr. Keanu is a very private person. In 2020, a rumor spread that Keanu proposed to his present GF Alex, but there is no solid evidence of this.

However, in March 2021, it was reported that this pair went for a late-night dinner at Spago in Beverly Hills. At that dinner party, Keanu’s co-star Alex Winter and his family also attended.

The Street Kings actor is 57 years old and is one of the most eligible bachelors in Hollywood. And his fans are pretty happy that he has found his love after so many years. Keanu’s fans think their star found his happiness and his smile in Alexandra Grant.

Last year, this pair spent quality time together during the lockdown. It’s been 22 years since Keanu lost his girlfriend, Jennifer Syme, who died in a car accident.

It seems this pair has long-term plans together, but unfortunately, they have not made anything public as of yet. We do believe they are having a good time, and they are still together in 2022.

Where can you check out Keanu Reeves’ girlfriend’s Profile?

On her website, she usually posts her recent works, project information, and exhibition schedule. Alex also uses another Instagram account by the name alexandragrantstudio. This account has around 16k followers. Basically, in this account, she posts her created art. This is all you need to know about Keanu Reeves’ girlfriend.