Jennifer Lopez Husbands| How Many Times Was Jennifer Married? 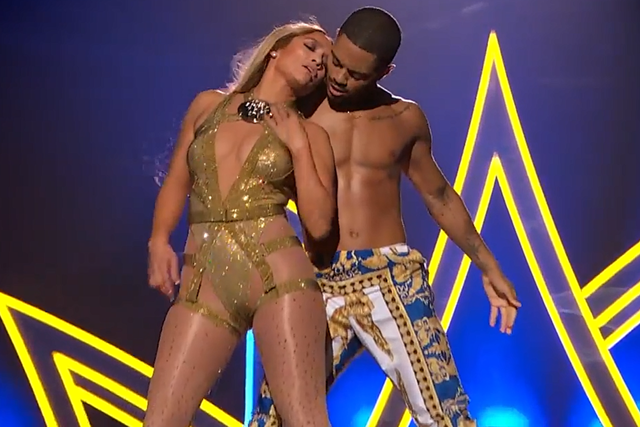 
Divorce is not uncommon in the entertainment industry – which is ironic, really. There’s nothing fun about spending thousands of dollars for an attorney and have your break-up be scrutinized by the world.

And yet, many world-renowned entertainers go through this process not just once, but several times.

Jennifer Lopez, A.K.A. J.Lo, is one of those entertainers. She got married three times with three different men all within a 16-year timeframe. Jen also had two other engagements – one with Ben Affleck in 2002 and another just recently with Alex Rodriguez – but none of them ended in marriage.

Despite her romantic tragedies, Jen has been very open about her failed marriages – and we will talk about everything you need to know about J.Lo’s ex-husbands here.

Ojani Noa was a Cuban waiter with aspirations of making a name for himself in the acting industry while Jennifer Lopez was still taking her first steps as an actress. They went on a few dates before J.Lo landed a role in Selena, the movie that would launch her into success.

In 1997, Jen and Ojani tied the knot. Sadly, they only lasted for eleven months before they filed for divorce. The couple tried to remain civil with each other, with J.Lo even hiring Ojani to manage her restaurant four years after their split

. Unfortunately, he was fired after six months.

The Cuban actor might have taken things personally as he tried to get back to Jen by doing the following disturbing things:

Since then, J.Lo has said nothing positive about Ojani. Well, that’s what you get for being so bitter!

Three years after her divorce with Ojani, Jennifer Lopez proceeded to become Cris Judd’s wife. Cris Judd is an American dancer, choreographer, and actor who is well-respected in the industry for working with some of Hollywood’s biggest names such as Usher, Nicole Kidman, and obviously Jennifer Lopez.

The pair met when Cris was cast as one of Jen’s many back-up dancers for her Love Doesn’t Cost a Thing music video. Eventually, the air around them grew thicker and they exchanged vows in a secret wedding ceremony hosted at a private home.

If there’s any indication that the pair prefers to have a low-key relationship, their wedding would have been it. Cris apparently did not appreciate the invasive behavior of the media towards their relationship, saying that he no longer felt like “a normal person”.

In 2002, the couple released a joint statement following their divorce, citing “irreconcilable differences” as the reason of their split.

Fortunately, Cris Judd did not repeat the same mistakes as Jen’s first ex-husband did and maintained his respect towards her. He even wished her all the best when news of her first pregnancy broke out. Meanwhile, Cris has also made a family of his own with current wife Kelly A. Wolfe.

Marc Anthony is J.Lo’s most recent husband-turned-ex-lover. Just like Jen, Marc is an award-winning record producer, singer, songwriter, and actor. They exchanged their vows on June of 2004, but their romance dates way back in 1998 after J.Lo’s divorce with Ojani.

The pair has collaborated for many music and movie projects, and Jen even dedicated a song to Marc entitled “True Love”. However, songs aren’t the only thing they produced together.

On the 22nd day of February, 2008, Jennifer Lopez and Marc Anthony welcomed their first children as a couple: the twins Emme and Maximilian.

With kids now in the picture, Jen’s divorce with Marc Anthony was the “messiest” she ever had. Things ended between them in 2011 after the couple suffered from a case of “falling out of love”.

The subject of the twins’ custody was immediately brought into concern, but both Marc and Jen managed to maneuver out of this painful situation. The court granted the primary custody of the twins to J.Lo, but Marc remains a very active presence in his kids’ lives.

Right now, Anthony is still seeking for the love of his life while Jennifer Lopez is reigniting the spark with his ex-fiancée Ben Affleck.