Top 5 Controversies Which Jared Leto Faced in His Career 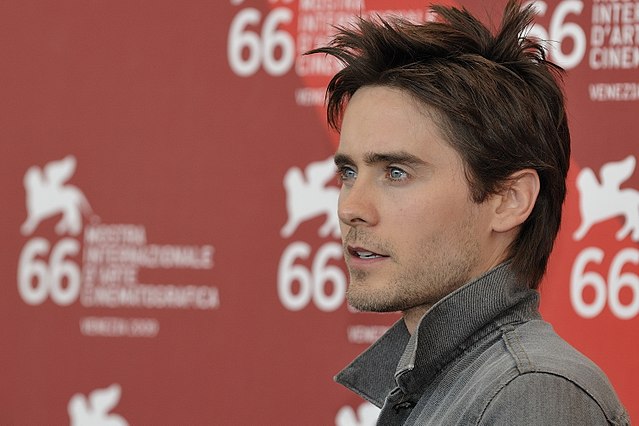 #5: Leto sent lewd objects to his co-stars in the movie Suicide Squad

#4: Leto started a cult called the Echelon and allegedly used it for ripping off fans

#3: Jared’s portrayal of a trans character in a movie spurred backlash from the LGBT+ community


Hollywood has its fair share of controversial artists, and Jared Leto is one of them. In fact, there have been multiple instances where internet users and public figures alike publicly voiced their concern and disappointment in Leto.

It has also come to the point where some companies and celebrities refuse to work with him.

To find out why Jared Leto can’t seem to catch a break from cancel culture, here are the top five most controversial moments in the Morbius actor’s entire career.

#5: Leto sent lewd objects to his co-stars in the movie Suicide Squad

If there’s one thing Jared Leto is known for, it’s his method acting. Unlike most actors whose real lives remain unaffected by the character or film project they’re working on, method actors make changes to their daily routines or subject themselves to specific circumstances in order to get a deeper, more authentic connection to the character they’re portraying.

For instance, Heath Ledger famously self-isolated for six weeks in preparation for his role as The Joker. He did this to personally experience what it’s like to lose one’s mind.

In the case of Leto, he also implemented method acting for his role as The Joker in the film Suicide Squad – however, he might have done something that may be a little too disturbing for some people.

A few months later, however, Jared quickly defended himself saying:

“Any of the very few gifts that were ever given were given with a spirit of fun and adventure and received with laughter, fun, and adventure. It’s all filmed! They filmed it all! People were dying. We were just having a goof. I’m playing a guy called the Joker, it’s okay to play some jokes. Nothing ever crossed any lines, and it’s not up to other people on the internet to create those lines. I’m an artist at the end of the day. If I do something risky and you don’t like it, basically, you can kiss my ass.”

Given that director James Gunn refused to let him reprise his role as The Joker in the sequel of Suicide Squad, it’s probably safe to assume that Leto did some nasty things on set.

#4: Leto started a cult called the Echelon and allegedly used it for ripping off fans

Yes, you read that right. Jared Leto is the cult leader of people who call themselves the Echelon. This all started after a journalist in New York Times Magazine remarked how Leto’s band, Thirty Seconds to Mars, had a ‘cult following’.

In response to this, Jared and his brother Shannon jokingly integrated the term into their band’s image, selling merch and making music videos with the word ‘cult’. But in 2019, people began to suspect that the whole ‘cult’ thing with the band’s fanbase might actually be real.

This is because Leto hosted a retreat in Croatia where hundreds of fans – all dressed in white – showed up to do yoga, pose with strange hand symbols, and watch the band perform. To top it all off, the band posted a few pictures of the event with the caption: “Yes, this is a cult #MarsIsland”

And that’s not all. Apparently, fans need to pay hundreds of dollars to join these cult-like festivals. In fact, their Malibu retreat costs $999 per person. In exchange for that, you’ll be able to camp outside using your own tent, supplies, and other amenities.

For a more comfortable experience – say, a solo room – you’ll have to pay a whopping $6,499. Of course, this led some to speculate that Jared is simply milking his fans for cash.

#3: Jared’s portrayal of a trans character in a movie spurred backlash from the LGBT+ community

Many people felt that as a straight man, Jared Leto should have never been cast to play the role of Rayon. They also said that his portrayal reinforces a lot of harmful stereotypes about the trans community.

To anger the community even more, Jared never thanked nor acknowledged transgender people during his acceptance speech after winning Best Supporting Actor for the role.

Instead of apologizing, though, Jared even clapped back at his critic when he was confronted about it during a live QnA with a public audience. After the heckler said that the actor didn’t deserve the award, Jared replied:

“Because I’m a man, I don’t deserve to play that part? So you would hold a role against someone who happened to be gay or lesbian—they can’t play a straight part? Then you’ve made sure people that are gay, people that aren’t straight, people like the Rayons of the world would never have the opportunity to turn the tables and explore parts of that art. To me, I thought [this movie] was an opportunity to put a different kind of character on screen.”

For years, several victims had come forward detailing their disturbing experiences with Jared Leto when they were still minors. An anonymous source told New York Post:

“He’s been approaching all the girls and inviting them to his shows. He’s a serial texter. He is constantly texting these 16- and 17-year-old girls. It’s really kind of creepy.”

Moreover, the Morbius actor allegedly coerces his young fans to perform sexual favors for him even when they have asked him to stop. One victim wrote:

“He was very pushy into coercing me to do sexual acts with him and he was quite rough and forceful. Once he was unnecessarily rough and when I told him it hurt he didn’t stop—he never did anything slowly or for my pleasure… And no, he never asked me if I was ever ok or comfortable with anything he wanted to do, simply because he is not the person to care.”

To this day, Jared has yet to face any lawsuits for his alleged predatory and pedophilic behaviors. But that hasn’t stopped victims from pouring out and sharing their terrible experiences with the world.

Cole Sprouse, the star of the Disney show Suite Life of Zack and Cody, threw a shade at Jared Leto in a tweet where he accused the Suicide Squad actor of sending DMs to “every female model aged 18-25”. Suicide Squad 2 director James Gunn backed this up in a now-deleted tweet saying:

However, it seems that Jared’s radar isn’t exclusive to underaged girls. Former adult film star Vickie Marie Taylor revealed that the actor made her feel quite uncomfortable once while she was giving him and his brother a lap dance. She said:

“I gave Jared a lap dance for just a minute, but then he asked me to do the same for his brother, who was sitting on a couch. As I started to dance for Shannon, Jared suddenly grabbed me around the throat from behind and said to me, ‘I can reach pure sexual enjoyment in 30 seconds just by looking into your eyes’. Obviously, it was kind of a weird situation.”

So, there you have it! Jared Leto’s long history of sexual abuse and harassment allegations, his weird method acting tactics, his manipulative stunts to rip off his fans, his cult, and problems with the LGBT+ community have made Jared Leto one of the most controversial actors in the industry today.