Is Taylor Lautner Gay? What is his Sexuality? 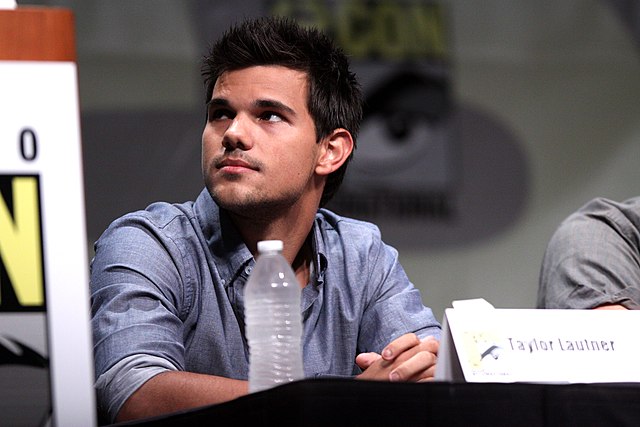 What is Taylor Lautner’s Sexuality?


The 30-year-old Hollywood actor and model, Taylor Lautner, has been on the crush list of many women worldwide. His charming and hunky look has attracted female fans and the hearts of many gay men worldwide.

So, is Taylor Lautner gay? Is he also attracted to men? We will learn more about his sexual orientation in this blog.

Lautner made his Hollywood debut through the popular movie franchise ‘The Twilight Saga.’ However, he was a mere teenager when he played the role of Jacob Black.

Although he was a supporting actor there, he caught the same attention as the series’ lead, Robert Pattinson.  Read below to learn about Taylor Lautner’s sexuality.

What is Taylor Lautner’s Sexuality?

Taylor Lautner was allegedly rumored to be gay by a fake People’s magazine. Others also used to classify his sexuality as gay after that magazine article was published in 2012. The magazine also claimed that Taylor is proud and happy to be gay and thinks he has made the best decision of his life by finally coming out.

Taylor did not speak out about this initially, but when things were getting out of hand, he cleared things up.

Taylor Lautner is straight. Over the years, he has dated numerous women. Among them were some of Hollywood’s most eligible bachelorettes as well.

Taylor Lautner is not single now, as he has been dating his younger sister’s best friend since 2018. Her name is Taylor Dome, and she is a nurse by profession. Lautner’s sister, Makena Lautner, played the matchmaker here.

Dome is Taylor Lautner’s longest-running girlfriend, and they have been dating for almost three years now. They were also seen quarantining together throughout the entire pandemic last year.

The duo shares cozy and loving vacation pictures on the internet too. After three years, they are still not engaged. Perhaps they are taking some time to explore each other a bit!

So, all of this information about his relationships pretty much clear up the rumors of Taylor Lautner’s sexuality. He was and is a straight man who has an interest in the opposite gender only. All of his gay fans might be disappointed now but we wish him all the best in his relationships.