Is Norah Jones Indian? A Close Look at Her Ethnicity 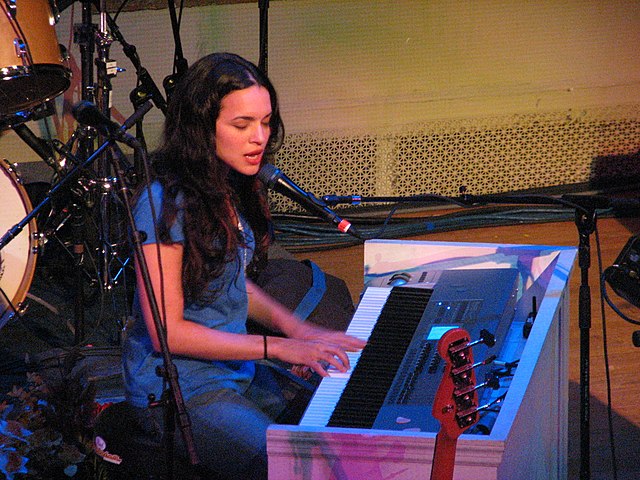 Where Is Norah Jones From?

What is Norah Jones’ Ethnic Background?


Having award-winning and critically-acclaimed singers from your ethnic group is such a big deal especially if your people are already underrepresented in the mainstream media.

That said, many folks around the world are scrambling to claim nine-time Grammy winner Norah Jones as one of theirs, as her success would truly bring honor to their community.

Some have speculated that she’s Bengali while others believe that she is of Latin descent. If you’re curious to know just what Norah Jones’ ethnicity is, keep reading!

Where Is Norah Jones From?

Both of her parents are very successful in the field of music, with her father being a famous Indian composer while her mother works as a concert producer. Needless to say, the apple definitely did not fall far from the tree in Norah’s case.

According to several sources, Norah Jones was born in Manhattan, New York but later moved to Dallas, Texas, after her parents decided to separate.

She was left under the custody of her mother who was also responsible for introducing Norah to jazz, folk, and country music, influencing Norah’s early development of her own music taste.

As you can see, Norah Jones was born and raised in the U.S. It was in that country that she received her education jump-started her career as a singer. With that said, Norah Jones is an American musician.

What is Norah Jones’ Ethnic Background?

As mentioned earlier, Norah Jones has Indian blood since her father originated from the country of India. To be more specific, Norah Jones is Indian-American and Bengali-American.

Norah may not be as close to her half-siblings as she would want to be, but they are still connected by their passion which is music.

Now, as to whether or not Norah Jones considers herself Indian, she disagreed saying:

I grew up in Texas with a white mother. I feel very Texan, actually a New Yorker.”

Still, that doesn’t mean she has completely renounced her Indian roots. In fact, she’s very happy to be Indian. When asked about her connection to the country, Norah said:

“I grew up with less knowledge of it and over the years, going to visit, getting to know my family, I have more knowledge of it now. I think it’s very sweet that people feel a sense of pride because of my nationality. And I’m excited to come to India and sort of feel that kinship with the audience. I hope that we have a good time, you know. It’s very interesting to me and it’s also just an interesting thing about me personally – my background and my history, and my family history and all that – it’s a bit of an interesting family story, so for me it’s going to be fun to be in India.”

So, now you know Norah Jones’ ethnicity! Do you think she should start embracing her Indian roots more? Share your thoughts in the comments below!