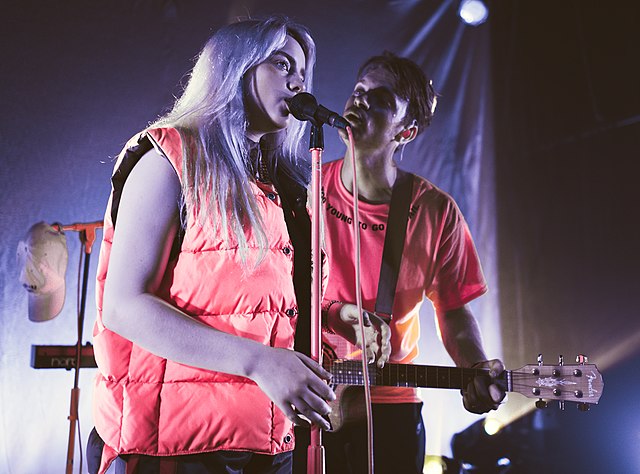 How Are They Related?

Why Are Their Last Names Different?

How Did They Start Making Music?


Everyone in the music industry is aware that Finneas O’Connell and Billie Eilish are significantly involved in the music career of one another.

This makes people wonder whether or not are they related. The two are closely working together as the singer is rising towards the limelight.

The artist was given credit for producing and co-writing most of the songs of Billie. He also appears alongside the superstar in interviews and events, supporting her and helping her promote their music.

I know you are now even curious and ask: is Finneas O’Connell related to Billie Eilish. There is an easy way for you to find out. Keep reading until the end!

How Are They Related?

If you are a fan of the singer, you might already be aware that the two are siblings. It is fortunate for Billie to have a talented older brother like him. And if you are a new fan, then you might be surprised. But yes, you read that right. They are siblings.

They are very close growing up. They even have a home studio that their family has built for them so that they can make music as they grow up.

Why Are Their Last Names Different?

The full name of the pop sensation is Billie Eilish Pirate Baird O’Connell. Technically, their last names are the same. The singer and songwriter only chose her middle name for the stage name, while her brother used their last name.

Their family is of Scottish and Irish descent. This is where the last name Eilish has come from. That is the Gaelic equivalent of the name Elizabeth.

Although her older brother has moved into a new house with his YouTube vlogger girlfriend, Claudia Sulewski, she is still constantly visiting her brother for them to continue creating music.

Aside from being beside his younger sister’s success in the music industry, the multi-talented artist is also a star. His name is credited in different aspects of the entertainment industry.

He starred in various films and TV shows before he decided to dedicate his time to producing music for her sister. This includes his roles in Glee, Modern Family, and Bad Teacher.

Recently, the famous celebrity has taken home four Grammy Awards. This is for the production of Where Do We Go and When We All Fall Asleep. Those two are both produced for her sister.

How Did They Start Making Music?

During an interview, the pop singing sensation has revealed the musical passion she shared with her brother. The first time she made music with him was when she was only 11, and her brother was 12 at that time. Since they live in one house and do something the same, why not do it together.

That has been the start. They started doing it in his brother’s bedroom, and their mother would bring them food while they were in the process of creativity. Later on, they got their own home studio.

Is Finneas O’Connell related to Billie Eilish? Behind the success of the pop singer’s music is a sibling duo that had started when he was only 12, and his sister is 11.

But aside from making music along with his sister, he is also the producer behind the hit songs of several renowned artists in the industry, including Halsey, Demi Lovato, Selena Gomez, and Justin Bieber.

That’s pretty much it for today. You have made it this far, so this content must have been interesting for you.