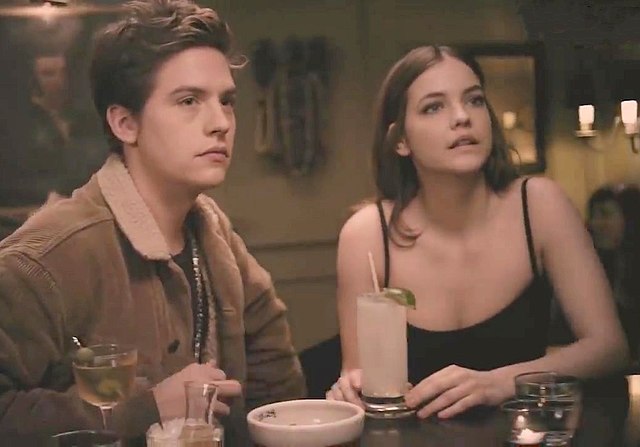 When and Where Dylan Sprouse and Barbara Palvin Started Dating:

When did Fans Notice that Dylan and Barbara were together?

Barbara Palvin and her Profession:


We are used to hearing the sentence “born to be a star.” This is a perfect description for the twin brothers Cole and Dylan Sprouse. They come into this world to dominate in Hollywood and they both have millions of fans and well-wishers.

Therefore,  fans are always eager to learn about Cole and Dylan’s personal lives, especially their love lives. Today, we will talk about Dylan Spouse’s girlfriend in 2022. It’s not unusual that celebrities change their partners more often than changing their cars.

Some relationships don’t last a year, month, or even a week. Very few connections stick around. However, Dylan’s present relationship with Barbara Palvin is growing with time. This couple has successfully spent more than four years together.

The best part about their relationship is that it becomes healthier each day. Barbara is one year younger than Dylan and the couple looks very cute when they are together.

When and Where Dylan Sprouse and Barbara Palvin Started Dating:

Dylan started dating Barbara in the summer of 2018. The first time they met each other at a party, Dylan sent her a sweet message on Instagram. After that, in 2019, Dylan and Barbara started dating publicly.

Their love life was a secret when they celebrated their anniversary on June 16, 2019.

They were spotted at many events, award shows, and other places together.

However, Palvin’s personal life was private before she met Dylan. But nowadays, people also want to learn about her personal life and her career. We will let you all know who Barbara is and what her profession is as well.

When did Fans Notice that Dylan and Barbara were together?

As we know, these lovebirds started to see each other in mid-summer 2018. But at that time, everything was still private.

They did not give any statements about their relationship at that time, but their activities were quite suspicious to their fans. Here are some events that made fans believe that Dylan and Barbara were dating:

Barbara Palvin and her Profession:

Barbara Palvin is a Hungarian model who began her career with a swimsuit photo shoot. She started to model when she was 13 years old. Budapest is her hometown. There’s nothing much to know about the beauty queen.

Barbara came into the spotlight when her relationship with Dylan Sprouse went viral. She works with world-leading magazines such as L’Officiel, Vogue, Marie Claire, and many more.

Dylan’s fans love to see this pair happy, and this couple doesn’t disappoint their fans. In 2020, Cole’s breakup with Lili was shocking news, and Riverdale fans couldn’t believe it.

But Dylan’s relationship with Barbara will definitely be successful if their fans are anything to go by.