Does Ariana Grande Have Diamond Teeth? Find Out the Truth 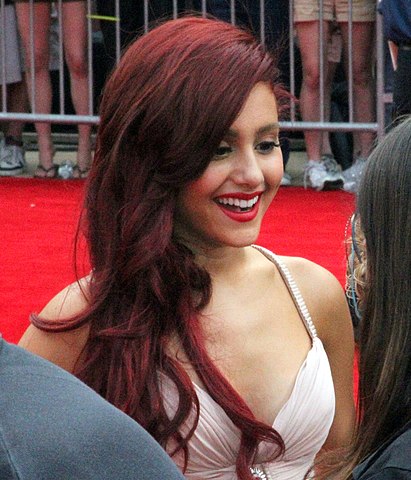 How much do Ariana Grande's diamond grills cost?

Similarly, our sensational ‘Thank you, Next’ singer, Ariana Grande, is also not left out of the controversies of teeth adornment. Fans want to know whether their favorite pop star has diamond or gold jewelry on her teeth or not.

We can never get enough of Ariana Grande’s cutest smile. So, is there any sparkly jewelry that enhances her smile? We will learn about Ariana Grande’s teeth in this blog below!

You may have heard the phrase ‘a diamond is a girl’s best friend,’ but the 29-year-old songstress has taken the friendship to a whole new level. The songstress decided to embellish her smile with a diamond!

Yes, the ‘Bang Bang’ singer has diamond grills on her lower set of teeth. Those tiny diamond studs are sick and the best style choice Ariana Grande has ever made. In fact, she received praises and kudos from her fans over her choice. She wore those studs on her lower canines and fearlessly showed them off on social media by pulling her chin down.

How much do Ariana Grande’s diamond grills cost?

Well, there is no solid evidence of what the cost of Ariana Grande’s diamond grills can be. But who can stop her expert fans from estimating it! Like any other celebrity, the ‘7 Rings’ singer’s fans became curious about her diamond teeth, and we can see some estimations from there.

Her songs are bestsellers, and she earns a huge chunk of money from them. Moreover, the songstress does Tv shows, films, and a few endorsements as her extra source of income. She already has a net worth of 180 million dollars, including all of her properties and assets.

Finally, we have come to know that the Love Me Harder singer has incorporated diamonds into her teeth as well. Since those diamonds are on her lower canines, so they are not visible when she smiles.

Hence, you might be thinking then, what is the purpose of spending so much money on a diamond stud when people can’t even see it? Well, it is none of our business.

It is her money, her teeth, and her choice.