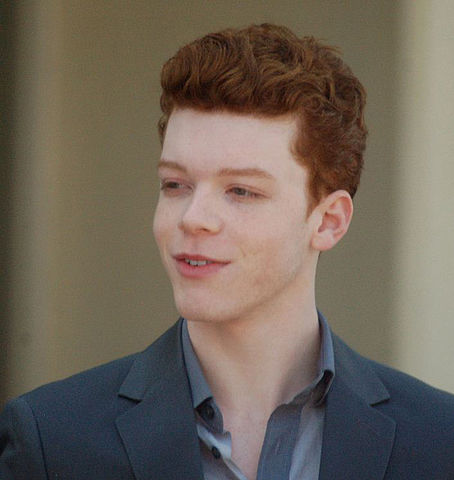 Who are the Ex-Girlfriends of Cameron Monaghan? Whom has he dated ever?


Cameron Riley Monaghan, AKA Cameron Monaghan, is a 28 years old American actor. He is popularly known for his role as Ian Gallagher in Showtime’s show ‘Shameless.’

Cameron was born in California, but by his acting skill, he proved himself world-class! Many of his fans are eager to know if he is dating or not.

In this article, you will get to know about his current relationship status, the girlfriend also about his previous relationships. Go and check this one out!

Since December 25, 2021’s update Cameron Monaghan has been dating Lauren Searle! Lauren is a Los-Angeles based model in the profession.

She is also a social media influencer. In 2021, Cameron made his relationship with Lauren official. He shared a picture of them hiking together on his accounts on social media.

This actor has been able to create a huge fan base on social media, even for his portrayal of twins Jerome and Jeremiah in the Drama ‘Gotham’.

He shared his romantic moments with his girlfriend Lauren for fans on Instagram even. This couple looks made for each other together.

Cameron has worked in several roles since his debut

in the American entertainment industry. He has also worked with several co-stars with mutual respect.

In a show, he on-screen dates Noel Fisher. Their excellent on-screen chemistry made the fans believe that they were dating each other.

So a rumor of them dating each other was in the air. He was even rumored to be bi-sexual. But now, all that clearly seems to be a rumor.

Who are the Ex-Girlfriends of Cameron Monaghan? Whom has he dated ever?

Cameron was comparatively discreet about his love life before. In 2017 Cameron seemed to date Peyton List.

He also dated Ruby Modine from 2016 to 2017. He seemed to date Sadie Newman too. He is unmarried till date.

Cameron Monaghan is reportedly dating Lauren since September last year. He first introduced his girlfriend to the world in October last year.

They both keep posting pictures of their private times on social media accounts. Cameron posted some cozy pictures of them making out in front of a tent somewhere they went for a vacation.

Lauren too posted tagging Cameron in one of her posts where she captioned, “First fried Pickle courtesy of my personal sauce holder and lover.” So this couple seems pretty happy together, and hopefully, they will be with each other in 2022 too.

Like every other American entertainer, Cameron had a struggling start too. But he has done an amazing job in improving himself and made himself worth every work.

So like his partner Lauren his fans love him from the core of his heart. On ‘Valentine’s Day’,

Lauren Searle posted a blurry picture of her and Cameron together.

She captioned that as ‘My Valentine’. Nevertheless, ever since they have been dating, they look happy as well as the happening couple together. We wish them a very joyous time together.