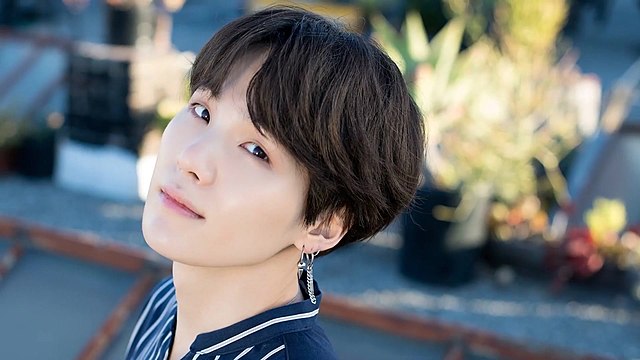 Is Suga Single or In a Relationship?


It is no secret that Min Yoongi, most popularly known as Suga from BTS, has one of the most handsome faces in the KPOP industry.

He’s also extremely talented and is often referred to as the most-hardworking member in the group as he tirelessly works to write, produce, and perform music.

As such, many women from around the world have fallen head over heels for Suga. Girls are dying to be his next lover – but that is, of course, given that he’s not currently taken.

But that brings us to another question: is Suga dating someone right now? If so, who is this lucky lady? Let’s find out.

Is Suga Single or In a Relationship?

As it stands, Suga seems to be super focused on his career and has no time for love life. Hence, it’s highly likely that Suga is currently single – but not yet ready to mingle. Suga confirmed this during their interview with ELLE Girl Russia Magazine, which wrote:

Even if he was interested in someone (He was even very doubtful about this), Min Yoongi doesn’t want to think about love. He’s 25 years old, but he does nothing in life but work. For example, the members all woke up at 6am. The interview was held at 8pm, and they still had hours of work left before they will be able to get the sleep that they desired. They barely have any time off. The last vacation they had was in February, and they had the best time eating barbecue together for 3 days.”

This may not be the only reason, though, as the Bangtan boys may be deliberately avoiding romance to protect themselves from the often harsh consequences that KPOP idols suffer from after publicly admitting their love affairs.

Besides, fans do not take these things lightly and often attack women who are rumored to be their girlfriends.

Suga has been linked to many ladies throughout his career, but the most controversial dating rumors he’s ever had involved KPOP superstars IU and Wendy from Red Velvet.

It can be recalled that Suga and IU collaborated in IU’s song called “Eight”. The track not only featured the BTS star, but it was also produced by him.

Although things were purely professional between them, some fans started to speculate that these two KPOP idols may be more than friends. However, none of these rumors have been confirmed.

On the other hand, Suga and Wendy’s dating rumors started when they performed together on a live show. They were also seen greeting each other every time they crossed paths – which some fans interpreted as something romantic.

The chemistry between the two idols were enough to convince some fans that there’s something going on between the two. However, just like with most dating rumors, Suga nor Wendy has not confirmed nor denied anything.

Before Suga became a member of BTS, he has dated a few girls before. In fact, he even shared his love story with an ex-lover to a radio show by writing them a letter. The letter went viral after fans got heartbroken after reading it. Take a look at what Suga wrote below:

I was contemplating on what to write, and I decided to write about my past love while reading Hwang Dong Kyu’s ‘Enjoyable Letter’. 3rd year of middle school, it might be a tender age to say that one’s in love. But it was a memory that held my true feelings from those heart aching memories. I’m embarrassed to say but I liked a girl last year in my 2nd year of middle school. Since I’m very shy, I wasn’t able to talk to her, so we stayed friends. I became greedier as we got closer. I didn’t want to stay a friend, so I confessed my feelings. But she said yes when I confessed I liked her. We ended up dating but that’s when the problems started. Because I was so shy, I couldn’t act naturally with her now that she was my girlfriend. Our relationship became awkward more than anything. We didn’t date that long and due to all these problems she said let’s just be friends and broke off the relationship.”

In the end, Suga expressed how he would have done things differently if he could turn back the time. But since that’s impossible, all that’s left for him to do is to reflect on it and move on.

So, now you know everything you need to know about Suga’s love life! What are your thoughts on his letter? Do you think his ex-girlfriend should give him another chance? Let us know by writing your comments below!