21 Best Cameron Boyce Movies and Tv Shows You Should Watch 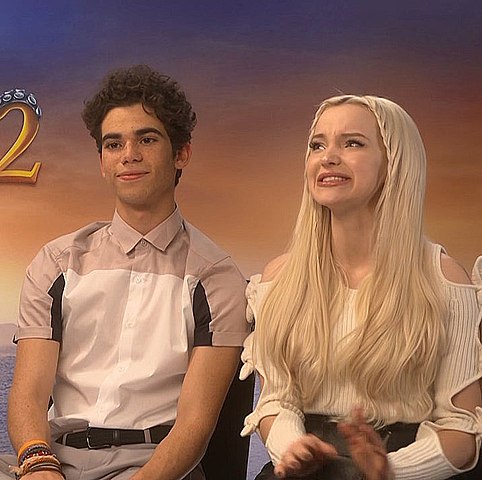 13. Gamer’s Guide to Pretty Much Everything

20. Judy Moody and not the Bummer Summer


Cameron Boyce was a young soul full of life who left his footprint through his amazing movies and Tv shows. Unfortunately, the star died young at the age of twenty.

If you are also a Cameron Boyce fan who is willing to watch all of Cameron Boyce’s movies and Tv shows, then we have a list for you.

This movie was first featured in 2010 where a group of young men reunites for their fourth of July holiday after their basketball coach passes away. The men include five best friends and a few of their teammates.

The sequel was released in 2013 with a whole new comedy story. Here, the lead moves his entire family to his friend’s house and hence the story begins.

Although this movie was released in 2020 after the death of Cameron Boyce, it was shot quite a long time ago. It is a movie mixed with comedy and mystery where a group of teenage kids mock Hubie Dubois.

If you are looking for a comedy movie to watch with your fam, then Jessie is the right one for you. The story features a Texan teen whose dreams take a turn in New York City.

It is a Tv show that was released in 2019. It’s a drama-comedy show and is great to watch during a short break.

One of the most famous and loved Tv series which features Cameron Boyce is Good Luck Charlie. The series ran from 2010 to 2014 and has comedy, drama, and family genres. Although it’s an old series, you will love it.

If you are a fantasy lover, Descendants is a great option for you. It was released in 2015 and Cameron Boyce plays the role of the teenage prince of King and Queen of Auradon.

The second part was released in 2017 with Mal, Carlos, Jay, and Evie. It has action, adventure, and family genres.

The third part was released in 2019. Here the villains return to the Isle of the Lost to recruit new members in their team from the offspring of villains.

It is a Disney Tv show consisting of comedy and family drama. Here a trio of friends go camping in Maine.

A horror-mystery movie featuring Cameron Boyce was released in 2008 where some evil spirits follow the life of a cop’s family.

Another 2020 thriller drama featuring Cameron Boyce is Runt, where a group of neglected high-school seniors is defamed into a cycle of violence.

13. Gamer’s Guide to Pretty Much Everything

This Tv show ran from 2015-2017 where Conor, a teenage gamer, is forced to choose education despite his unwillingness. But his desire and passion for video games remain.

It is a 2020 documentary of 95 minutes. It mainly documents the lives of showbiz children, their highs and lows in the industry, what challenges they face, and why they choose this uncertain world.

It is a short animation where Cameron Boyce voice-overs as one of the characters, where those four friends Jay, Mal, Evie, and Carlos get lost in some wicked woods.

It is a 2008 action, mystery, and thriller movie where two complete strangers were put into life-threatening situations just by a phone call.

It is a comedy and family drama that aired from 2013 to 2017. This Tv series features two young ladies clashing for good reasons.

It is an outrageous Tv series that was featured from 2015 to 2018. Here a group of nurses and staff treat patients under difficult circumstances in an LA county hospital.

Yet another family comedy Tv show to enjoy is this one where two teens from Chicago discover their purpose in life which is becoming dancers after they see a popular dancing show.

20. Judy Moody and not the Bummer Summer

A third-grader named Judy Moody experiences the most exciting summer of her life in this 91 minute-long movie. It is a family comedy that was released in 2011.

It is a 2019 Tv special show where Audrey returns after waiting in her favorite spa to spill the beans about VKs.

Although Cameron Boyce has done more than 50 movies and Tv shows in his short twenty years, these 21 are the top ones that no one should miss out on. These are fun, adventurous, and quirky just like he was. In some, he was the lead role and in others, he was in a side role.